National Park Service Trail Plan is open for public comment.  Learn how to comment in support of the Chattahoochee Riverlands preferred route and multi-use trails to connect our region!

The Chattahoochee River is a shared historic, economic, cultural and ecological resource of extraordinary value for the Metro Atlanta Region and Georgia. Along its course, the River ties the region together, forms numerous county and city boundaries, provides drinking water to millions, and offers countless recreation opportunities. The Chattahoochee RiverLands Greenway Study reconsiders the region’s relationship to the River and proposes a collective vision for the future. 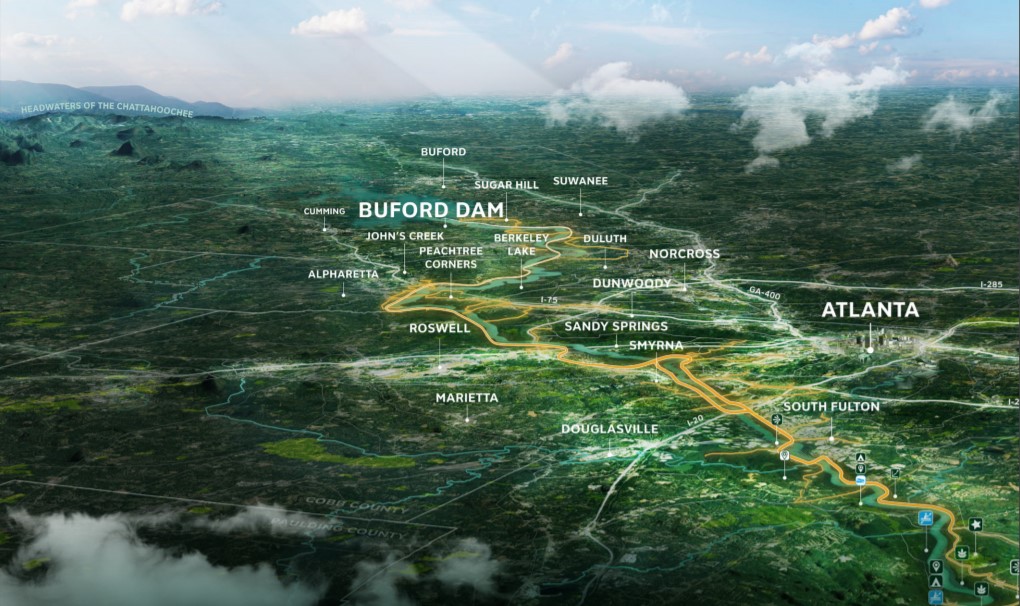 The RiverLands proposes a 125-mile uninterrupted multimodal trail running from Buford Dam to Chattahoochee Bend State Park. But, more than a trail, the RiverLands is a linear network of Greenways, Blueways, parks, and the destinations they create, that will bring people to the water’s edge, promote stewardship and conservation of the river, and reveal the subtle magic of the Chattahoochee to all. The RiverLands is composed of:

To learn more about the Chattahoochee Riverlands you can visit their page here.

Unfortunately, Chattahoochee Riverlands PREFERRED alignment is under threat as the current National Park service Trails Plan omits many of the key trail connections highlighted in the Riverlands plan.  Thankfully, the plan is a draft and is available for public feedback until 4/15.  Click on one of the below links to learn more about some of the potential trail links to include in your comments or click the COMMENT NOW button if you are ready to share your support!

National Park Service Trail Plan is open for public comment.  Learn how to comment in support of the Chattahoochee Riverlands preferred route and multi-use trails to connect our region!

Bike Roswell! board meetings are held the first Wednesday of every month. Meetings are held at 875 Old Roswell Rd # D500, Roswell, GA 30076 unless otherwise noted
If you would like to be an active part of this dynamic bicycle advocacy organization email Lise Walker, President.. If you have a topic you want discussed, you are welcome to notify our Secretary.